Jim Nabors, Hawaiian pistachio farmer, singer and actor, has died at age 87. His show Gomer Pyle USMC was notorious for never mentioning the Vietnam War even though it aired during that period. But one time Gomer met some hippies in the woods and sang a Dylan song with them. (One of the hippies in Rob Reiner.)

And that show lasted five seasons and he was still an E-2, Private First Class in the final episode. He didn’t even make Lance Corporal! I was promoted to E-4 in my second year in the army. Gomer must have been a real fuckup.

I preferred the comic book series “Sad Sack” (by George Baker) to the Gomer Pyle TV series. More anarchic. And I feel so stupid to just learn (va Wikipedia) that the title “was a euphemistic shortening of the military slang ‘sad sack of shit’, common during World War II.” But then I was very young when I read it. 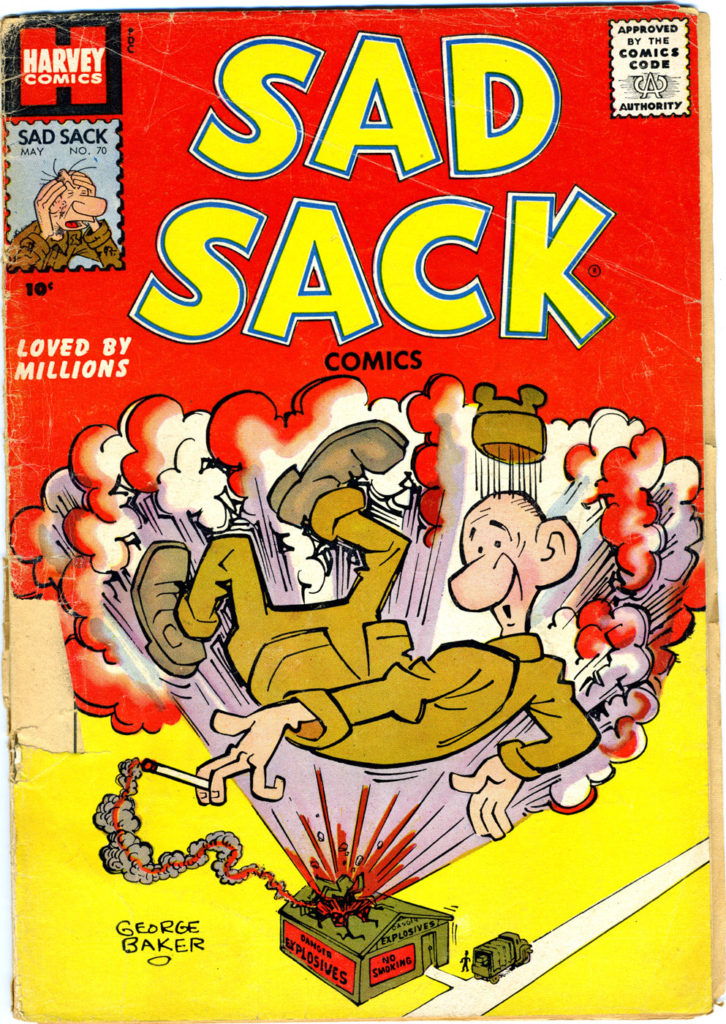